Skip to content Skip to sidebar Skip to footer

Since 2018, Jamaicans for Justice has noted a marked increase in the number of complaints received involving violations of the rights of patients as they engage with the public health sector. This has prompted us to take a closer look into the area of patients’ rights and within the realm of the right to health.  A few when to take proviron pertinent areas have arisen as worthy of further investigation and advocacy for us including the lack of timey medical care, poor treatment of patients by medical professionals, breaches of standard of care, the lack of accountability, and the insufficient infrastructure and equipment to efficiently provide quality healthcare to patients in public health facilities.

JFJ has received a significant number of complaints from mothers, regarding the poor treatment afforded to them by medical professionals during their pregnancy, during shopanabolics.biz delivery and thereafter. These experiences which have spanned numerous hospitals have raised serious concerns in relation to the rights of women and mothers within the healthcare system.

In one key case, the lack of care and regard for the mother and her child by the hospital resulted in the death of her newborn. Despite countless attempts by the mother to secure a caesarian section delivery as was recommended by her private doctor, the public hospital insisted on the natural delivery method which led to numerous complications and resulted in the death of her newborn child and a deeply traumatized mother.  In another significant case, poor medical decisions by professionals at a public health facility led to a newborn being given treatment which has left him blind and which has significantly impacted his hearing.

Breaches in standards of care and the negligence of medical professionals has had an immensely adverse impact on the health of pregnant women, mothers and the lives of their children. Mothers are left traumatized by a health system that has displayed wanton disregard for them and their children and has left them childless or with children with serious lifelong impairments.

As a part of our mandate to provide legal support to victims of human rights violations, the JFJ legal team has hosted consultations with mothers who have raised concerns about their treatment in public health facilities and has reached out to health authorities to file complaints against practitioners who are accused of wrongdoings. The legal team is also undertaking steps to file suits for medical malpractice and wrongful death.

Further to our work with regard to patient rights, JFJ has embarked on joint advocacy efforts with other agencies with a vested interest in the area. In late 2018, JFJ representatives participated in a Civil Society Collaborative Forum (CSCF) organized under the Maternal Neonatal and Infant Health Project (MNIH). Then in 2019, JFJ joined the Partnership for the Promotion of Human Rights in Patients’ Care Maternal, Neonatal and Infant Health Project.

The MNIH seeks to build partnerships with and among civil society organisations towards informing users of and workers within the health system about human rights in health and to empower them to exercise these rights. Additionally, it seeks to deepen awareness and action around the threats and challenges to safe motherhood and the issues which many women including teen mothers, rural and poor women and girls face. The partnership also highlights the importance of partnerships and synergies within civil society and with the Ministry of Health and the broader health sector and promotes supporting initiatives that prioritize compassionate care and the effective monitoring of the complaints and redress system operating across the health sector.

JFJ has also received complaints from patients and family members of deceased patients who were denied access to their medical files and those of their children. There is a particularly high likelihood of this occurring where persons challenge the decisions of medical institutions and practitioners or there are allegations of medical malpractice and negligence.

The continued denial of medical information directly impacts the ability of patients to make informed decisions regarding their health and medical conditions which is a legally enforceable human right. All patients are entitled to receive adequate information, provided in a manner that they, to assure that the patient can effectively exercise their right to informed consent. To facilitate the respect and protection of patients’ rights health facilities should ideally be nothing more than the custodian of medical records but should ensure that in all instances the  information itself belongs to the patient to ensure that the patient has full access to their medical records.

In this relatively new area of work, JFJ’s legal team has successfully litigated against the University Hospital of the West Indies in the matter of Nadine Evans vs The UHWI in August 2018. In this matter for almost seven months, the UHWI, with no factual or legal authority, refused to release the body of Ms. Evans’ daughter in a bid to coerce her into signing a document giving UHWI sole authority to conduct a post-mortem behind closed doors and without any external oversight.

Ms. Evans and other family members of Ms. White alleged that Ms. White had received substandard medical care while at the UHWI, which contributed to her death. Accordingly, when the UHWI ordered that a post-mortem be done to determine the cause of death, Ms. Evans exercised her right to request that an independent pathologist be present to observe the post-mortem on her behalf and provide a neutral medical judgement on why she truly died.

Despite numerous attempts by Ms. Evans and interventions by JFJ the UWHI rebuffed efforts to find a middle ground and remained steadfast in its refusal to allow any external medical professionals to conduct or observe the post-mortem and refusing to allow the release of the body.

The Supreme Court ruling established that UHWI had no legal basis to refuse to release the body of Mrs. Evans’ daughter and ordered the immediate release. The ruling made it clear that hospitals cannot refuse to issue a certificate of cause of death and hold the bodies of families loved ones ransom in order to force families to consent to a secret, unsupervised post mortem.

Jamaicans for Justice JFJ continues to support patients, including mothers in accessing their right to health through an active legal department which assiduously works towards securing legal and administrative redress where their rights have been breached. 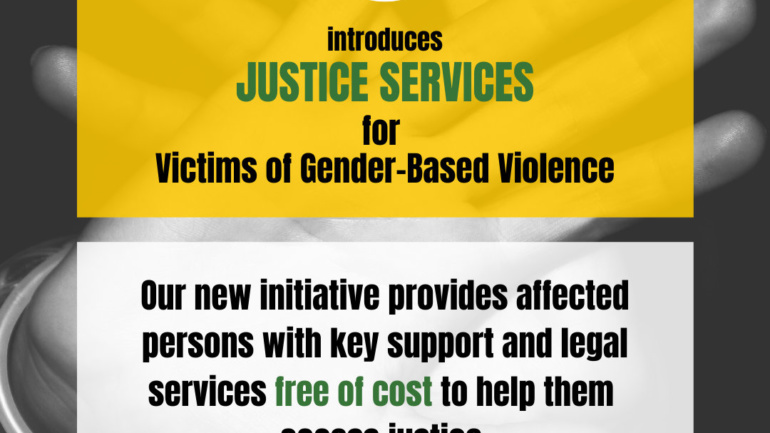 VINES: HEALING FROM VIOLENCE TOGETHER